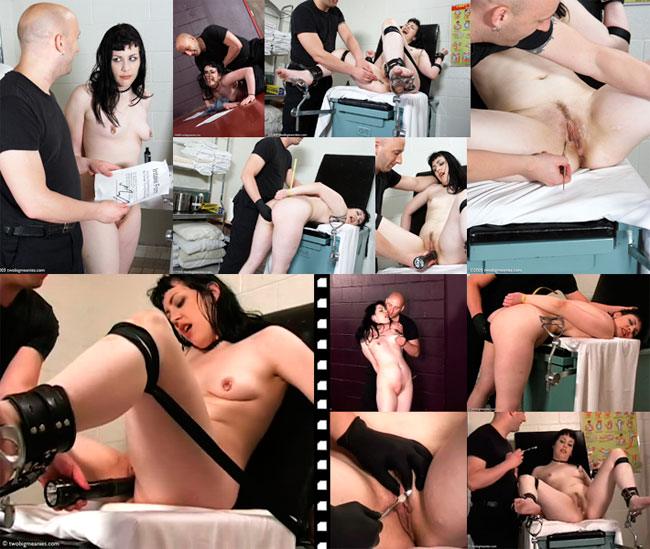 Neither London nor I are particularly actors, but we tried here. No awards in store, but it did help get both our heads in the right places for the scene. We'd played before for fun, so I had some idea what her kinks were and designed the scene around them. The idea was that she was wandering a dark hallway alone when I pounced on her, wrestled her to the ground, made her sign a very silly release form, then subjected her to various medical 'tests'.

The wrestling was really fun, although I will say that it's harder than you'd think to wrestle someone into signing a piece of paper. I was glad I brought multiple copies.

Once I had her naked, a form signed (see!), and her wrists riot-cuffed behind her, I dragged her into my 'exam room'. We shot this at The Wet Spot, so we got to use the room set up specially for medical play, including an obgyn table. ^-^ I think most medical exams don't involve quite such cold, sharp, and invasive metal tools, nor particularly a big metal D-cell flashlight.